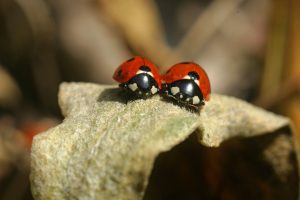 Bugs! There are just as many helpful bugs as there are pest ones!

Gnats, flies, and mosquitoes have their way of making their presence known. For pests like they are, mosquitoes actually serve a purpose in the environment. A little-known fact is that they are pollinators, though their primary purpose is to compost materials and be a food source for other critters. Their role as a food source is so integral that some argue that complete eradication would disrupt the ecosystem. Darn!

Besides pesticides, there is a way to reduce the presence of these flying menaces on your property. Roof and gutter cleaning! With regular cleaning, the amount of standing water due to clogged drains and gutters will be reduced. Without standing water to spawn in, these flying pests will have to go elsewhere to cultivate the next generation.

Fun Fact: Fruit flies are attracted to alcoholic beverages because of the scent of fermentation. They also drink alcohol. In particular, male fruit flies are more likely to seek out alcohol when rejected by a female. This was discovered in a 2012 study done by researchers at the University of California, San Francisco.

Ever since their first recorded appearance on California soil in 1908, the Argentine Ant has been swarming the state. Despite their size, these little non-native terrors are vicious. They are highly aggressive, and drive out and eliminate native species of ants on or near their territory. Aggression coupled with their ability to ally with other Argentine ant colonies makes them a menace to almost anything they cross paths with. These ants can and will take on larger insects like paper wasps by swarming the nest and consuming adult wasps and larvae.

They are also a nuisance to humans. They are well adapted for urban environments and like to live in well-watered areas like gardens. In pursuit of food, they will ruin gardens by protecting aphids which they farm for honeydew. When a colder climate sets in, they can and will pursue food in human homes or buildings.

One of the most beautiful insects to grace Southern California is the Monarch Butterfly. There are a vast amount of migratory monarchs that come to SoCal during October for wintering. There is also a resident monarch population that does not migrate and spends their time exclusively in California. They can survive the winter due to the mild climate and abundance of milkweed. 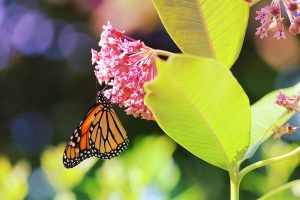