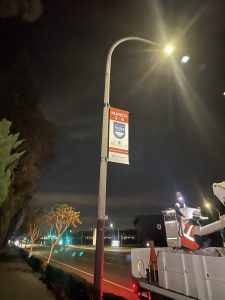 We are happy to be a part of one of the best charity events in Orange County!

Happy to be part of the Hoag Classic coming soon to City of Newport Beach. One of our former electricians, Michel also volunteers for the big event. We are just a small portion of the marketing campaign with our task to manufacture the banners , install, remove and procure the permits.

Each year, the tournament raises over $1 million for Hoag and other local charities, totaling more than $20 million in its history – making it the most philanthropic event on the PGA TOUR Champions. Additionally, it attracts a field of professional players that rivals any major championship in golf, creating compelling competition for our fans.

On March 2 – 6, 2022, the Hoag Classic will deliver world class entertainment and infuse millions of dollars into our economy. The Hoag Classic is televised domestically on the Golf Channel, and internationally on PGA TOUR television partners overseas. This exposure for our community provides benefits that are immeasurable, and the positive light shed on Orange County residually impacts the businesses and individuals who reside here.

Additionally, the Hoag Classic fills local hotel rooms, restaurants and businesses during tournament week, providing an enormous influx of dollars into our economy. An independent study by Economics Research Associates of Los Angeles determined the economic impact of the tournament on Newport Beach and the surrounding communities of Orange County to be almost $30 million.

Interesting coincidence that the Hoag Classic ends on a historic day in golf history. On March 6th, 1457, Scotland’s Parliament banned golf and football (soccer). At that time, the government was upset that ordinary people would spend their leisure time playing these games instead of doing military training. This ban was so unsuccessful, Parliament repealed the ordinance in 1471 and again in 1491. In the 1491 ordinance, Parliament clarifies, “…that no part of the country should football, golf or other such pointless sports be practiced but, for the common good and for the defense of the country, archery should be practiced…”

Rules For Thee, But Not For Me!

Funnily enough, King James IV of Scotland, who ruled during the final 1491 ban on golf, was an avid golfer! He even had clubs specially crafted for him. These clubs were designed for golfing in open spaces as is done today. Though at the time, the typical golf venue for ordinary people was the churchyard or out in the street! 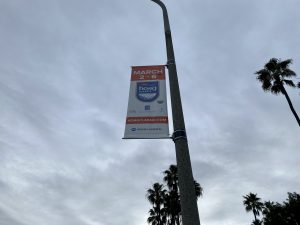