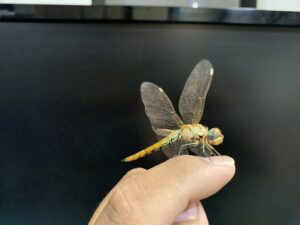 A showcase of critters we have found on job sites! 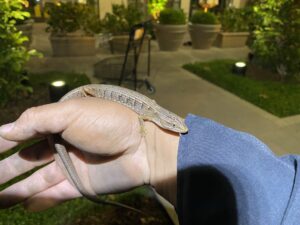 Southern Alligator Lizard
(2021)
We found this friend while we were putting up holiday lighting at a shopping center! These lizards can reach up to a foot in length. Though they are called Southern, their range extends up to the state of Washington. These lizards can be Crepuscular, which means they are most active during dawn and dusk. But like most lizards they are also observed to be Diurnal, most active during the day. Their tails are slightly prehensile which helps them climb. With the help of their long tail, they swim similarly to snakes. 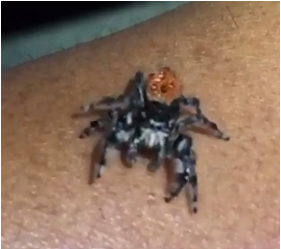 Phidippus adumbratus
aka: California Red Jumping Spider
(2018)
This little jumping spider is hard to find info on! The species was first described by Willis John Gertsch back in 1934. They can be found throughout the United States and Mexico. These are small critters, only about a quarter inch in size. Like most jumping spiders they hardly produce any webbing. This is because their hunting method is to pounce on prey!

Mediterranean House Gecko
(2015)
Native to the Mediterranean region, this gecko has found its way across the pond and has established invasive populations throughout the United States and Mexico. 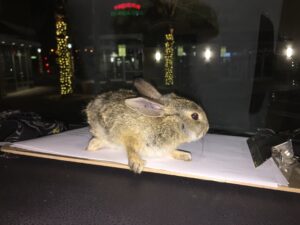 Eastern Fox Squirrel
(2020)
This squirrel is common and invasive!